CS: GO was released almost 11 years ago and is still played by millions of players worldwide. It is one of the world’s biggest eSports games, if not the biggest, and you won’t be able to find any gamer who hasn’t heard of Counter-Strike: Global Offensive.

If you are interested in knowing more about this game, you are at the right place because, In this article, we will be listing some mind-blowing stats and facts about this game. So prepare yourself to be amazed.

What Is the Total Number of Unique Players in CS: Go?

In July 2020, 25 million players were recorded. But in May 2021, all previous records were broken as the game gained 27 million unique players.

How Many Monthly Active Players Does CS: Go Have?

In 2014 CS: GO only had 2.2 million monthly active players, but the player base grew massively after that year. In August 2019, 17.22 million active players were recorded in CS: GO.

What Is the Popularity of CS: Go In Different Genders?

It is no surprise that CS: GO is dominated by men, as 78% of the total active users are men. Only 20% of the CS: GO user base consists of females, which might seem small compared to the number of men but still comprises a huge player base.

What Is the highest number of concurrent players that CS:GO has recorded in a month?

CS:GO is very popular and it recorded the highest peak in 1.3 million concurrent users on April 2020.

In April 2022, the game took a minor hit and recorded 1.01 million concurrent users for that month.

Is CS:GO popular on Twitch ?

How many people watch CS:GO on twitch worldwide ?

How much does professional eSports players earn from CS:GO ?

In Which Countries CS: Go Is More Popular?

Russia has the largest number of CS: GO players, comprising about 11.65% of the total player base. United States comes second with 10.66%, followed by Poland, contributing 5.32% of total CS: Go users. In the fourth position, we have Brazil with 4.87%. Lastly, there is Germany with 4.55% of the player base.

What Awards Has CS: Go Won Till Now?

CS: GO hasn’t won any awards in big award ceremonies until now but has won a few minor awards like steam awards. However, CS: GO did get nominated for some big awards that are listed below:

What Are the Stats of CS: Go In Cumulative Prize Pool Tournaments?

CS: GO has the largest cumulative tournament prize pool, estimated to be nearly $21.17 million. Pubg comes in the second position with a prize pool of $17.68 million which was gained in the first six months of 2021. Then we have Arena of Valor with a cumulative prize pool of $14.4 million.

What Is the Win Percentage of Counter-Terrorist for Different Maps?

In most maps of CS: Go, Counter-Terrorists have an Upper hand in the win rate. Let’s check out those win rate stats in different maps:

How Many Players Watch Streams and Tournaments on CS: Go?

Q. What is the rating of CS: GO on different platforms?

Q. When was CS: GO released?

Q. Who is the publisher of CS: GO?

Q. What is the annual revenue of CS: GO?

Q. What is the most popular map in CS: GO?

Ans: Mirage is the most popular map in CS: GO as it’s almost every player’s favorite.

Q. What is the Rank of CS: GO on Steam and Twitch?

Q. How many players get banned in CS: GO?

Ans: Around 1 million players of CS: GO got banned once in the game.

Q. What devices is CS: GO available on?

Ans: CS: GO is available on multiple platforms such as:

Q. In which age group CS: GO is more popular? 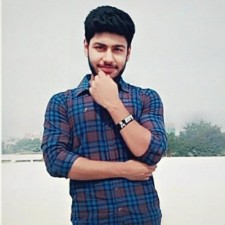