Recently, Mojang has rolled out a wild update for Minecraft, which has added mobs, blocks, items, and biomes. The latest 1.19 update has added a new mob, i.e., Warden has turned out to be one of the hardest bosses to spawn in the game.

Keep reading to know how to spawn a Warden in Minecraft.

What is Warden in Minecraft?

Warden is the first fully blind mob with a strong sense of smell and the ability to detect movement. What’s interesting? Well, Warden can smell players and mobs. Also, they can detect the ability to attack. But they cannot detect a player who is sneaking around.

Note that Warden has a lot of health with 250 hearts (500 HP). They deal a damage output of 15 hearts (i.e. 30 damage) with a normal difficulty level per hit. That means defeating Warden can be tricky and overwhelming.

When you combine the health pool with the high attack stat of Warden, you get an idea of how powerful they are. This thing even makes them one of the most powerful naturally-spawning Minecraft mobs.

Here’s how you can attack Warden depending on the difficulty setting:

Warden has a vertical reach of up to four blocks, and attacks disable Minecraft shields. That means Warden can still kill you with a single punch if you are playing on the difficult mode by wearing full Netherite armor.

Where and How Does Warden Spawn?

You can only spawn Warden in the Deep Dark Biome. The new biome of the 1.19 update is located below the overworld. It can be easily found below the height level below Y = -15. It is very similar to the ocean monument where sponges are found.

Warden is commonly known to spawn in the Ancient City. It’s considered to be the main structure, with amazon loot. Even after exploring and mining, if you can’t find the Warden, there is another way. You simply have to enter the below-mentioned Minecraft command.

How to Spawn Warden in Minecraft?

An interesting fact about Warden is that it doesn’t naturally spawn even in the home biome. If the Sculk Shrieker block detects your presence three times, then Warden spawns.

If you want to escape, try making random noises and vibrations twice. But when you do it thrice, the Sculk Shrieker spawn the Warden. Remember that this block offers a dark effect each time you trigger it. Thus, the area gets even more difficult to navigate. So, you must carry a night vision potion to get some vision back.

How Does Sculk Shrieker Work?

Here’s how it works:

How to Find a Warden in an Ancient City?

Once the player activates the shrieker, the Warden starts spawning within 5 seconds. It immediately starts searching for a player in the nearby block. The Warden will immediately target and attack if you accidentally touch it. Thus, you should try to maintain a reasonable distance and run away when it spawns.

In the Minecraft 1.19 update, the Warden is the one who searches the player, not the other way around. After the Warden has spawned, it will find, attack, and kill you within seconds.

The best weapon you can use against Warden is a powerful bow. You can use this weapon to deal damage while dodging sonic bomb attacks. Another thing to do is sneak around and hide your movement. You can even use the projectiles like snowballs and arrows to distract them.

How to Avoid a Minecraft Warden?

Remember that Warden in the Minecraft 1.19 update shuffles around and reacts to noises. When a Warden passes, the light flickers due to the darkness debuff that it emits. The player’s visions are most likely affected by the Warden’s darkness.

The Warden will harmlessly pass by if you stand still and do not make any noise. You can distract the Warden by throwing snowballs to slip past. But the Warden grows more agitated if you make too much noise or are too close. You can either run away, throw it off your trail or fight it before it begins to chase you.

A Warden can easily outrun any player running at its full speed. So, if you plan to leg it, try having enough stamina and a clear route. Common hazards like water or fire won’t slow down a Warden.

You can provoke other non-warden mobs into attacking by moving around. Or you can confuse the Warden by throwing projectiles or activating a minecart.

Q1. Can you summon the warden in Minecraft?

There are different commoands for different Minecraft editions.

Q2. Is there a spawn egg for Warden?

Ans: Yes, there is a spawn egg for the warden which is also called the Warden spawn egg. It is blue with cyan spots all over it. You can find the egg in the creative mode only.

Q3. What coordinates Does the warden spawn in Minecraft?

Ans: The warden can be summoned in the Deep dark biome at Y = – 52 Coordinate.

Ans: In order to find a warden in Minecraft, you have to go to the deep dark biome. It is located below Y= 0 coordinates.

Ans: Yes, you can trap a warden by digging a two-block hole in the area where the warden is about to be spawn.

As you have reached the end of the post, you must know everything about spawning Warden in Minecraft. You can run, fight, and survive from the Warden and have the best possible gear in the game.

Make sure you are fully armed before starting a fight with Warden because then, there is no going back. You can also get your friends to help defeat this blind hostile mob by creating a multiplayer Minecraft server. 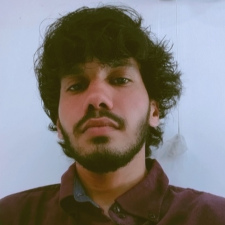